I first decided to seek help with my diet due to difficulty sleeping, digestion, problems, asthma, dehydration, a hormone imbalance, difficulty in achieving sufficient muscle tone and a general lack of energy.

I realized that all these problems were affecting my everyday routine, however, was unsure as to what the most effective course of action would be.

So I decided that a professional opinion would be quite helpful and I called Michale.

After filling out the information on my Personalized Nutritional Assessment it became clear that my diet was quite insufficient in comparison to my lifestyle and bodily
demands.

Simply trying to eat more fruits and vegetables is just not enough, I needed to know just what “eating healthy” really meant.

It did not take Michale long to see what my primary dietary issues were.

She immediately pinpointed one of my major problems as having too much of fungi called Candida in my body. This caused my exhaustion, craving for sugar and greasy foods.

So sugars, alcohol, dairy products, wheat, and fruit juices where cut back significantly or removed all together.

Also, to control the Candida, Michale introduced Probiotics Plus capsules, Candicin capsules, and Candex drops to my everyday diet. Also, Ultragest was introduced to control my digestion difficulty.Next was the Asthma, a major contributor to my symptoms was too much dairy. So dairy was really not something that I should have.

Next was the Asthma, a major contributor to my symptoms was too much dairy. So dairy was really not something that I should have.

My sleeping issues were not helped by having caffeine or energy drinks in the evening or before training. Michale suggested no caffeine after 12:00 pm and instead of the coffee in the morning – have green tea.

Also, to regulate my hormones, Michale introduced a seed rotation plan based on my menstrual cycle. And to give me, even more, help the Fit n’ Healthy Plan binder that Michale provided me with was full of great recipes, suggested foods, snacks, and ideas on how to store fruits, vegetables and nuts so that they stay fresh longer – among many other helpful hints.

I was so excited to get started!

I was surprised by how little I missed the foods removed from my diet and how tasty the foods that have been introduced are.

This made the changes in my diet that much easier to stick to and I was feeling fabulous.

Without even realizing I had lost 8 pounds and achieved the muscle tone I had long ago given up on ever having, my energy is returning, I feel that my asthma is improving and
my digestion is miles better than I ever thought it could be.

The bloated feelings, cramps and general discomfort after eating has been greatly improved. Also, the cravings for greasy and sugary foods have all disappeared making eating the foods that I like and want to eat, very easy.

But what I enjoyed most about the program is that it is absolutely tailored to fit my lifestyle making it simple and fun to follow.

Michale doesn’t tell you what not to eat but instead asks what foods you like to eat and suggests healthy alternatives that are in fact far tastier and satisfying than the junk I used to enjoy.

I love this journey!

Ease Your Way Into The Plan – Start here

How to Eat to Get Slim, Strong, and Sexy

Heal inflammation and drop your belly fat! Here’s how…..

Your first step to Fit ‘n Healthy: Set your foundation

In accordance with the ftc guide lines concerning use of endorsements and testimonials in advertising, please be aware of the following:

Testimonials appearing on this site are actually received via text, audio or video submission. They are individual experiences, reflecting real life experiences of those who have used our products and/or services in some way or another. However, they are individual results and results do vary. We do not claim that they are typical results that consumers will generally achieve. The testimonials are not necessarily representative of all of those who will use our products and/or services.

The testimonials displayed (text, audio and/or video) are given verbatim except for correction of grammatical or typing errors. Some have been shortened. In other words, not the whole message received by the testimonial writer is displayed, when it seemed lengthy or not the whole testimonial seemed relevant for the general public.

The content in the program and our website is not a substitute for direct, persona, professional medical care and diagnosis.

Additionally, these testimonials are not intended to make claims that these products can be used to diagnose, treat, cure, mitigate or prevent any disease. These claims have not been clinically proven or evaluated by the fda or other health authorities. 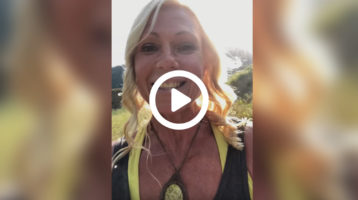 What makes me different than other experts out there? I find the missing piece stopping you from getting Fit and Healthy within these 7 areas. … END_OF_DOCUMENT_TOKEN_TO_BE_REPLACED

Are you someone who wants to eat healthy but struggles to find the time? Are you confused about what really is healthy and have just about given up trying? If so, then the Fit ‘n Healthy Plan is for you!

END_OF_DOCUMENT_TOKEN_TO_BE_REPLACED

'My digestion, energy, mood and mental focus is SO much better just after 1 week!"
END_OF_DOCUMENT_TOKEN_TO_BE_REPLACED

"I owe Michale my life! I wish everyone else can feel this amazing!"
END_OF_DOCUMENT_TOKEN_TO_BE_REPLACED

"I cant believe how easy it was to lose weight and stay that way!"
END_OF_DOCUMENT_TOKEN_TO_BE_REPLACED

It’s not your fault, you may be Leptin Resistant.